Breakage at the ball


Breaking at the ball is one of the most common problems with synthetic strings that can occur very soon after installing the string. Sometimes even during the tuning process before reaching the final pitch.

It is most commonly caused by using externally mounted metal adjusters with synthetic core strings.

This type of adjuster emerged during the early part of the twentieth century with the invention of the metal violin string. Before the beginning of the 20th century, only gut core strings were used, and they were tuned solely by using the pegs. Metal core strings came with much higher tension and significantly poorer longitudinal elasticity which resulted in more tuning force needed and a much steeper pitch increase whilst tuning. These two factors made tuning with the pegs extremely difficult or nearly impossible.

Even when using metal strings, these adjusters have several acoustical drawbacks such as a shorter afterlength and extra tailpiece weight. However, using them was a must during those times. After several decades of using adjusters, many violinists didn’t want to stop using them, even after synthetic core strings came onto the market. However, these adjusters have never been suitable for tuning synthetic core strings.

These adjusters used to have very sharp edges (usually containing metal shavings), but there are actually three factors which on their own or together may cause premature string breakage at the ball.

Of course, even a synthetic core string can survive installation in a metal adjuster. The result very much depends on the exact position of the ball as well as the exact shape of the adjuster's fork and of course, the bridge groove shape. As for the ball position, every 1/10 of mm counts. This is why some customers say: “I have used several synthetic core strings without noticing any problems before.“  In fact, the result is very similar to Russian roulette. Even if there is a 1:5 ratio between the loaded and the unloaded gun chambers, a live shot could be fired at any time. One time it may be the first shot, while the next day you can try 15 times until you fire a shot. There is no guarantee of any regularity or predictability. This is why we recommend using the proper set-up for synthetic core strings.

We asked Bohdan Warchal about his current tailpiece set-up:

“I used to have several instruments on hand available for testing purposes. I must admit that the violin I am trying now has an incorrect set-up as well. I alternate between testing synthetic core A strings and metal ones, and sometimes I haven’t changed the set-up each time.

In fact, there are actually two set-up errors, you can also see the missing plastic protector on the Hill type of loop E string adjuster hook.

But there is a significant difference between me and any of our customers. I stopped playing professionally and am currently fully engaged in supervising our string research and development. Our acoustic lab is close to our production facility, so if any of the strings snap, I can easily get a replacement. In any case, I would never consider going on stage using this set-up regardless of the string brand as a violinist. It would be too risky”.

There are many ways to make sure that your synthetic core set-up is correct. We suggest that you follow our guide to avoid problems.

Is there any way to make synthetic core strings resistant to sharp edges on a metal adjuster? “I don’t think so. Theoretically, we could cover the ball end with additional firm protective winding, but it would make the string too thick and therefore unable to be attached to any kind of adjuster. So realistically this isn’t something that can be considered”. 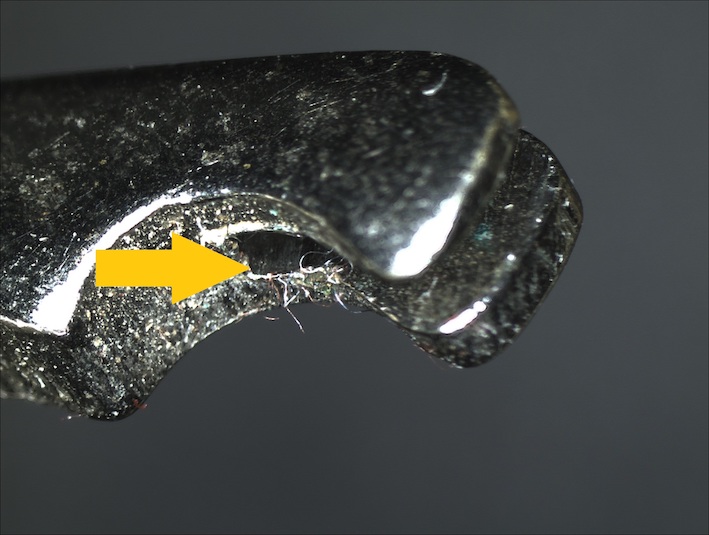 This used fine tuner came to us from a violinmaker's workshop. We decided to wipe it first before taking this photograph. The burr pulled out fibres from the cloth. A similar or even stronger effect would be expected on the core fibres of a string. Fibres under tension are more prone to being cut. 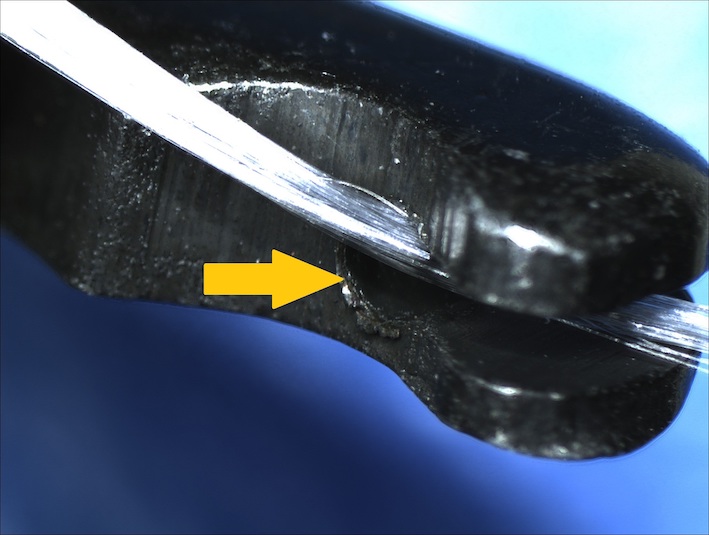 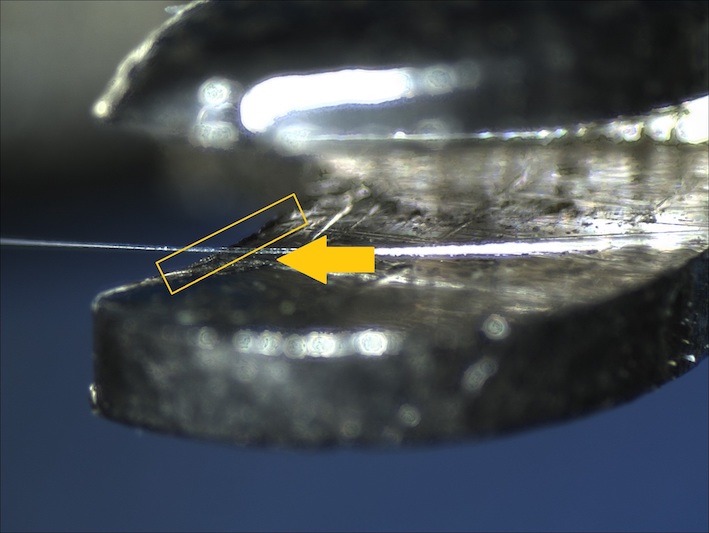 Another fine tuner. You can see the burr at the edge and compare its size and sharpness with one of the multifilament fibres of the string core.

Thank you for your subscription

Almost finished... We need to confirm your email address. To complete the subscription process, please click the link in the email we just sent you.

Your e-mail addres is already subscribed to Warchal Newsletter.